I just found out that Eduardo Souto de Moura has links with Zagreb, as he has been developing two projects in Croatia. The ORIS magazine does not offer details yet, but they remind of an interview with the architect from ORIS No. 60, of 2009. Of course, I have it in my library, and one of the questions was about the Santa Maria de Bouro convent!

The authors of the interview were Luciano Basauri, Ana Dana Beroš and Vera Grimmer. Here is the excerpt related to the convent, and more generally to the philosophical concept of ruins:

Q (Oris): You said, ‘I am interested in ruins, that is what I like most about architecture, because they are the natural state of a work.’ It’s a bit pessimistic, but beautifully said. Indeed, when one approaches the Santa María do Bouro convent, one really gets the impression of a ruin, but if you come nearer, you see this whole perfect and wonderful architecture and details which are there. It seems that the whole project lives from this ambiguity. 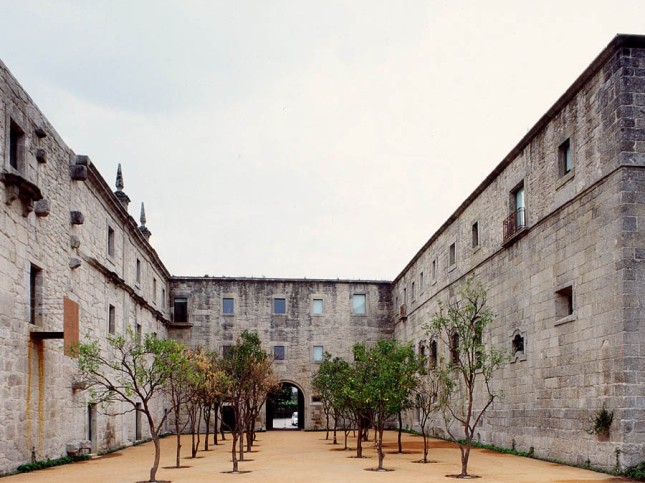 A (the architect): There are two questions: one is ruins and Santa María do Bouro is the other. I like ruins because they are the only thing in architecture that is true. It’s so true that it is natural. Another thing is Santa Maria. First I went to see the place where the project would be made, it doesn’t matter for architecture but it is important for me. It was a monument that I knew from childhood. My mother lives there and I always visited this monument in ruins. What was really interesting here was this thing with the trees on the roof. It was the garden I liked, and I liked this room with the table in stone, and the trees on the roof, not in the earth: I proposed to make something near Távora because he was a teacher of history and he made a lot of recuperation. I made a project completely different, with these ruins and history and this very radical model. I thought that modern was glass or steel and so on. No, stone is modern, so I made this very primary tension. I showed Távora the project and he strongly criticized me. At the end, I invited Távora and Siza to lunch there, and Távora wrote me a letter saying, ‘Dear Eduardo,’ since he was my teacher as well as my friend, ‘I very much like the monastery. Since I am your teacher, I am giving you not 20 (the highest grade), but 19, because the building has no roof.’ It’s the reason why I like the ruins, because it’s like studying anatomy. The French architect Auguste Peret said that a good building gives always a good ruin.

The former convent originating from 12th century and situated in the Braga district, was adapted into a hotel in the second half of 1990s. The architect was Eduardo Souto Moura, whose idea was to create “a new building within old walls”. 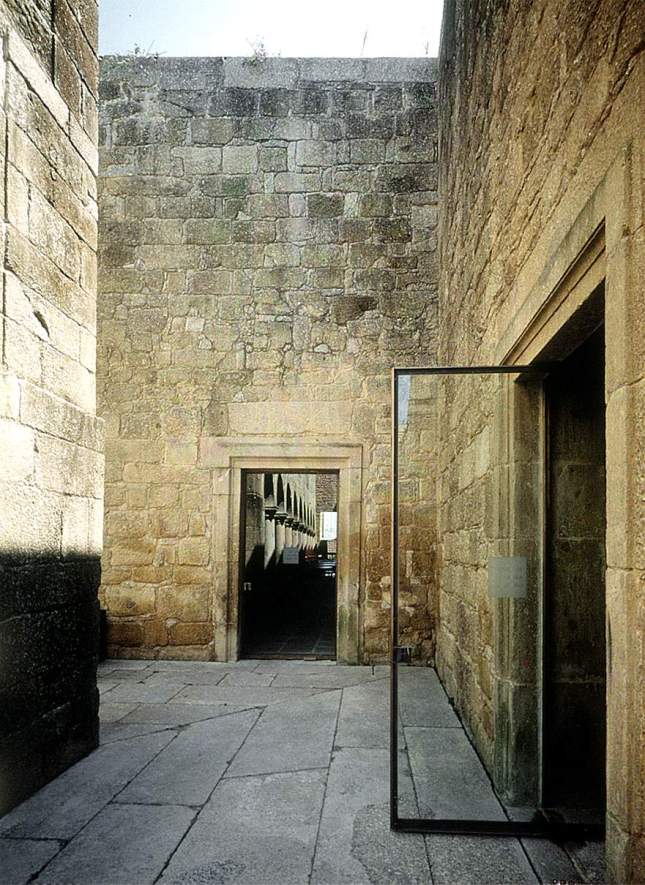 According to my brief research, the traditional/historical hotels are quite popular in Portugal. There is a hotel chain “Pousadas de Portugal”, that was run by the state until 2003, when the Pestana Group took them over. This idea emerged in 1940s, upon the then minister Antonio Ferro’s initiative. There are 44 pousadas in historical buildings around Portugal now, with plans to open some more (and invite well known architects to do the conversions). The existing pousadas are divided into four groups: historical pousadas, historical design pousadas (the ones in historical buildings, but with modern architectural elements), nature pousadas, and charming pousadas (situated in “typical” buildings or places).

Hmmm, something to remember for further research and mapping!

A while ago, I had to create a two-minute film explaining contemporaneity. Since my main research interest is the contemporary life of Portuguese heritage, I tried to do it through a story of the “codfish clothesline” (or “estendal do bairro”), the chef Ljubomir Stanišić’s dish I already mentioned here on the blog.

“Codfish clothesline” is an artwork – dish playfully addressing the Portuguese cultural identity, as seen through the eyes of a foreigner. But the chef has more intricate messages on the contemporaneity. I did some research and several keywords emerged: hungry planet, poverty vs. wealth, conflict vs. freedom. The FAO has recently announced that about 1/3 of all world food is wasted! That’s why I find the message on being rational and respectful towards food extremely important. Poverty and limitations sometimes inspire us to look at things/resources differently and be inventive. Aren’t inhabitants of Porto still nicknamed Tripeiros? The third message of the chef is about freedom, freedom to live his dreams. I noticed he declares as a Yugoslav, even though Yugoslavia fell apart decades ago. I guess it’s his way to cope and free himself of our silly divisions. And the road trip life with entire family he’s undertaking right now, it’s stepping way out of the comfort zone into more daring, more amazing adventures, and it deserves all admiration, I believe!